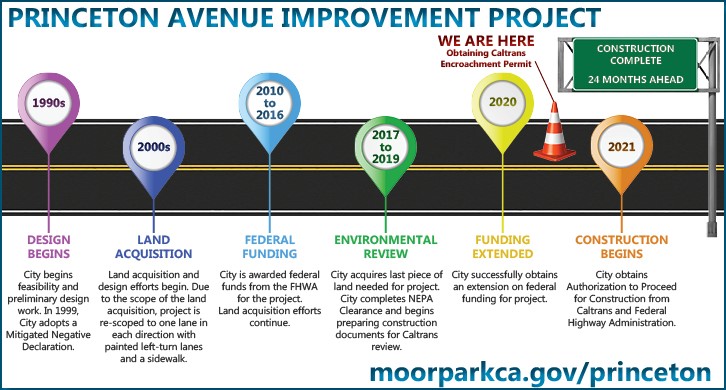 Thank you for your interest in the Princeton Avenue Improvement project.  The project is the most anticipated capital project in Moorpark and is a top priority for the City Council and City staff.  We are now nearing the finish line and expect to begin construction in Fall 2021!  If you have any questions about the project, please contact Daniel Kim, City Engineer, at (805) 517-6255.

Once completed, Princeton Avenue will still have one vehicle lane in each direction but will feature wider lanes, a straightened alignment, left-turn lanes, bike lanes, and a sidewalk on the south side.  To make space for the street improvements, a large retaining wall will be constructed on the north side of the street to hold back the slope. 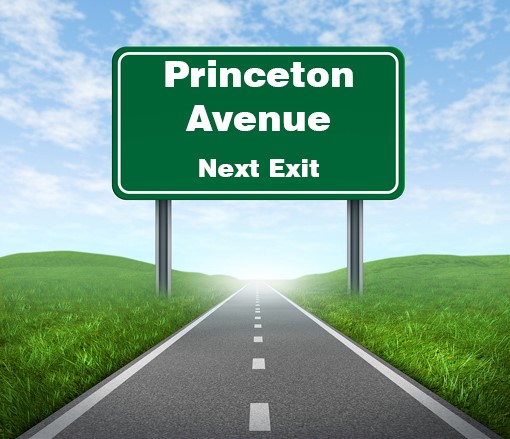 Here is the tentative timeline toward breaking ground on the project in late 2021:

Where Have We Been?

It's been a long road to get Princeton Avenue improved.  Here's a look back at what has been done to make this project a reality.