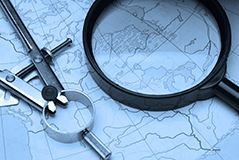 NOTE: AS OF FEBRUARY 7, 2019, THE CITY IS NO LONGER ACCEPTING NEW MAPS FROM THE PUBLIC.  THE MAPS STILL UNDER CONSIDERATION ARE AVAILABLE ON THE SCHEDULE AT WWW.MOORPARKCA.GOV/DISTRICTS.

The public is invited to use an interactive on-line mapping tool to draw your own district map and submit it for consideration.  The tool allows you to draw districts using census blocks, just like professional demographers, and it will instantly show you the demographics of your boundaries.

You may also print out a paper map using the tools below.  The City has hired a demographer, who has split up the City into "population units" that generally conform to neighborhood boundaries.

The Excel spreadsheets will calculate the population and demographics for your proposed districts automatically.  For example, if you want to include population unit numbers 1-5 in one district, the spreadsheet will tell you the total number of people in that district.

If you want to see exactly where the various Population Unit boundaries are located, or if you have difficulty reading the small print on the 8.5×11 PDF files, you can use this interactive map to zoom in and out on the Population Unit boundaries, and switch back and forth between PopUnit ID number labels and total population labels.. It works like Google Maps, except you use check-boxes to choose what layers and labels you want to see on the map. (Once they are released, the Draft Maps will also appear as layer options on this same map.)

You may submit your paper maps through either of the following: